UNITED CLOSING IN ON TIMBER

Three-time European champions Manchester United are closing in on a £30m deal for towering Ajax Amsterdam defender Jurrien Timber according to transfer insider Pedro Almeida. It was revealed that the Red Devils are one step away from signing the centre back and that the two clubs have agreed a fee for the player. 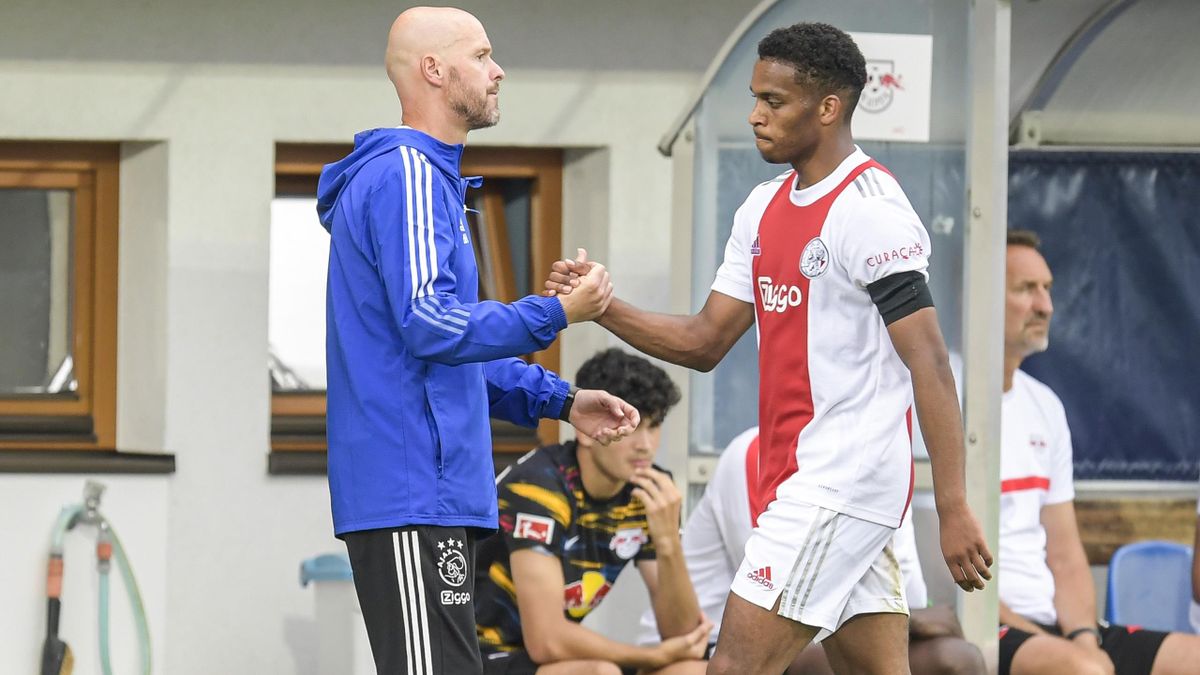 New Manchester United manager Erik Ten Hag asked for the signing of the defender and he has been backed accordingly if the report mentioned above is anything to go by.

Manchester United have been linked with a lot of players who played under Ten Hag including Timber. Others such as Frenkie De Jong and Antony have also been linked with the Red Devils. Timber and Antony won the Dutch Eredivisie title with Ten Hag at Ajax Amsterdam earlier this month, while De Jong played under him at Ajax Amsterdam before his big transfer to Spanish team Barcelona some seasons ago.

The representatives of Timber increased the transfer speculation surrounding the player when they posted a video clip of the player at an airport with the caption ‘deal closing time’.

Respected Italian journalist Fabrizio Romano also gave an update on Timber earlier this week via his Twitter account. He said the 20-year-old defender was discussed during a meeting between Ten Hag and Manchester United officials. Villarreal defender Pau Torres was also discussed during the meeting as revealed by Romano.

Negredo Thanks City For Memories