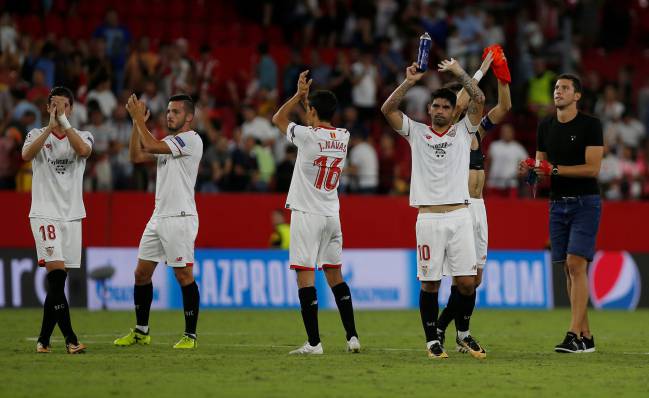 Pep Guardiola is excited about his return to Camp Nou

On October 19 of 2016, Manchester City will be travelling to Camp Nou in order to face off with Barcelona in a Champions League group stage match and this encounter will be particularly special for the head coach of Manchester City Pep Guardiola as the Spanish manager is going to be making his return to the club where he gained major notoriety and made a name for himself as one of the best tacticians in the world of football.

It was during his time spent in charge of Barcelona where Guardiola was able to lift a number of huge titles including: UEFA Champions League, La Liga, UEFA Super Cup and many other pieces of silverware.

After winning and accomplishing just about everything there is to win at a club level with Barcelona, Guardiola embarked on a new journey as he became the new coach of Bayern Munich and once again was a huge success with Bayern Munich and now his latest challenge is to do the same thing but with Manchester City.

Pep Guardiola has already labeled this upcoming brawl between Manchester City and Barcelona as a ‘’beautiful return’’ for him as he returns to the place that he is regarded as a savior, as a legend, as the man that was the mastermind behind the complete domination that led to Barcelona becoming the undeniably strongest club in the world.

Howard Happy To Be Back

Howard has made his entry to the United States after 13 years in the football league.

He would be playing for the Colorado Rapids, the winner of MLS Cup in 2010 in a stadium in the suburbs of Denver. Tim Howard, who played for Metro Stars has made his appearance in over 100 matches for the national team. He has a record for being a good goalkeeper and also worked as a spokesman for soccer. Howard had worked as a commentator for some of the telecasts of premier league and was indeed brilliant.

Howard was replaced by Joel Robles at mid season at Everton who fired Roberto Martinez, the coach. There were only 2 matches started by Howard of the final 18 matches. The contract of Howard has been extended through 2019 and he is eagerly waiting to prove that he can achieve the league. He is confident and has the ability of showing his world class skills. Howard said that there were only a few talented performers in the football league but now there are a whole lot of them that are becoming successful at a younger age. You can see some of the teenagers playing the major roles in the league today, which was not there when he left the league.

Manuel Pellegrini does not want the Sky Blues to let the much hyped European Cup Round of 4 tie against Real Madrid distract them.

City has to take the pitch thrice in Premiership before the opening leg of the grand tie comes knocking.

According to Pellegrini, at this point, the first task is not the Real Madrid match, but, the Chelsea match and a couple of others too and all of them carry huge value.

It’s always a bit hesitating to say in case of Manchester City that they have no chance to be the Premiership champions as it’s only in the last couple of weeks in 2012 and 2014 that they had changed the standings dramatically to clinch the crown.

But, this time around, even if you take their past heroics and immense resources into account, you would probably not feel as if they would do it again especially with Leicester scripting their fairy tale as well as they are.

So, what City is realistically looking for now is to be in first 4 and that’s something which they are still very much in control of as they are the 4th placed team having got 57 points in their 32 games.

Samir Nasri has tried playing mind games by suggesting that Paris St Germain are not the Barcelona of France despite their runaway success in the league title.

Many believe that PSG have one of the strongest squads in Europe and it has been a major reason in the club winning the league title with more than six matches remaining. However, Nasri says that he is will find it a lot tougher if the club was playing in the Premier League for instance because the French midfielder reckons that the competition is much tougher in England than in France.

Nasri knows the French league extremely well after having come through the ranks at Marseille. He had been linked with PSG when the club was just starting to get the huge amount of investment from the Middle East.PSG will be the opponents for Manchester City in the Champions League quarter-finals. City will be getting their first taste of this stage of the competition, whereas PSG will be looking to go one further by making an appearance in the semi-final or even win the title. City also have hopes of winning the title but they will be the second favourites going into the tie against PSG.

Sergio Aguero has been struggling to hit his top form in the 2015-16 season, but even then he is indispensable to the team according to manager Manuel Pellegrini. The manager was speaking after watching his star striker scored twice in the 4-0 win over Crystal Palace.

This victory made it five unbeaten games in the Premier league for the blues. But disappointment comes from the fact that we have been able to take only three wins during this period. As well, Arsenal have been able to stretch their advantage in the league.

Aguero finished as the league’s top scorer last season by a comfortable margin, but it looks like he will struggle to retain the Golden Boot award in this campaign. A return of 10 goals in 15 appearances does sound great, but it looks mediocre in comparison with the figures put by the likes of Romelu Lukaku and Jamie Vardy this season. Furthermore, five of the 10 goals scored by the Argentine have all come in just one game. There is little doubt that Pellegrini will want to see Aguero return to his best form sooner rather than later. For the time being, he is just about happy that his star striker has delivered yet again.

Manchester City’s Manuel Pellegrinihas a summer wish-list which includes players such as: Kevin De Bruyne, Jack Wilshere and Raheem Sterling just to name a few of the performers that he wants to sign within the next few weeks.

The Chilean manager is under heavy pressure after failing to win any trophy in this past season and he was even being rumored of getting the sacked treatment due to this failure but the head chiefs of Manchester City decided to give Manuel Pellegrini one more season, one more chance for him to step it up and start lifting major trophies.

Manchester City concluded the past season on the 2nd spot and even though it was a very good position to end their campaign, they were never truly considered to be as genuine contenders of competing against Chelsea.

Chelsea dominated the Premier League in the previous season but Manuel Pellegrini is hoping that he can change this and turn Manchester City into the champions of England.

Manuel Pellegrini already has at his disposal top quality players such as: Sergio Aguero, YayaToure, Vincent Kompany, Samir Nasri and David Silva but the Chilean manager wants to improve his team even further and he has a large list of players that he desires to sign in the summer.