Manchester City have ‘completed the signing’ of Hamburg winger Farid Alfa-Ruprecht, according to transfer insider Fabrizio Romano. The Sky Blues have allowed some quality players from the academy to leave this summer, with the likes of Samuel Edozie, Romeo Lavia and Juan Larios joining Premier League rivals Southampton on permanent deals. 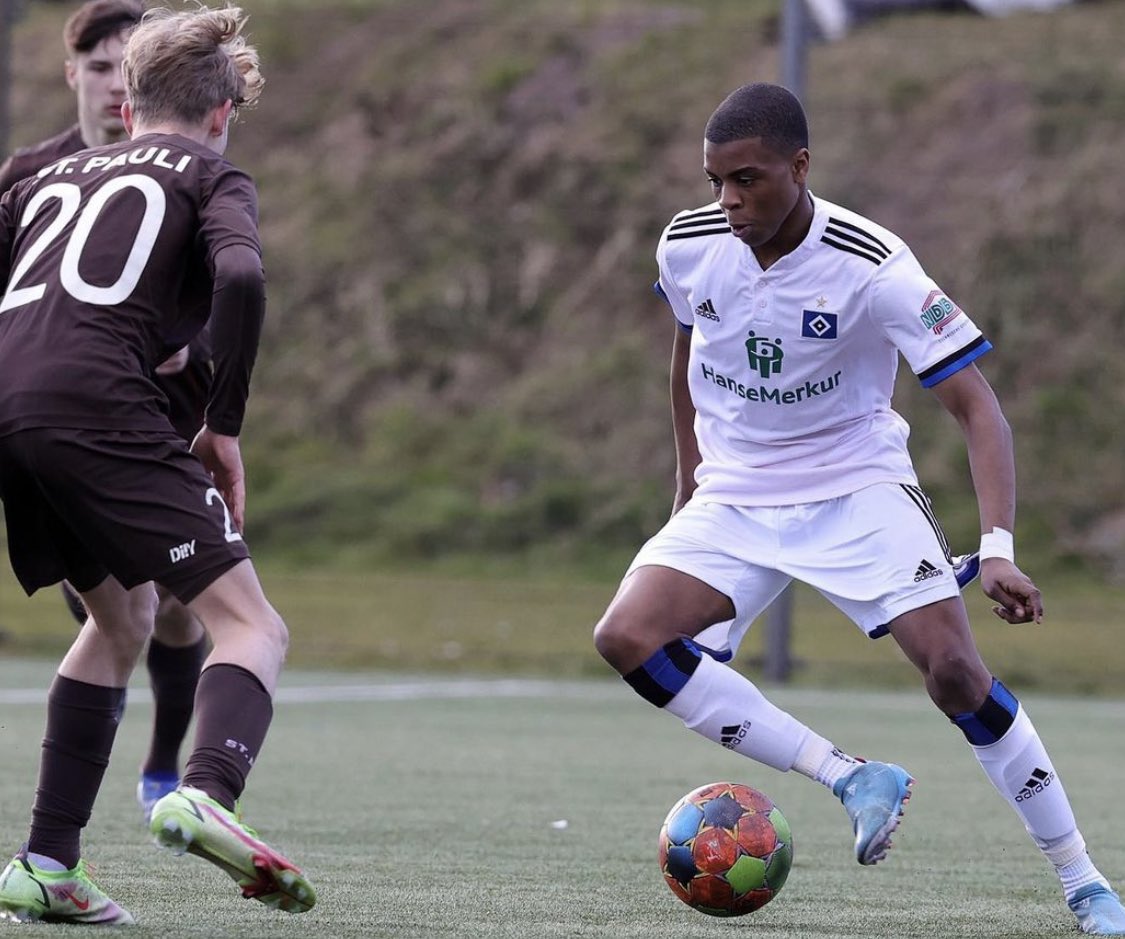 The 16-year-old Alfa-Ruprecht appeared to have been identified as an ideal last-minute reinforcement for Pep Guardiola’s youth ranks, and following a fresh update, it sounds like they have successfully landed their target.

While all the attention this week was on the capture of Manuel Akanji, Blues chiefs quietly snuck in another impressive deal. Taking to Twitter, Romano confirmed that Man City have signed Alfa-Ruprecht and managed to finalise the deal before the deadline, seeing off two big names for his signature. According to Fabrizio Roman’s tweet,  Manchester City have completed the signing of German U17 international Farid Alfa-Ruprecht [born in 2006] beating Chelsea and Bayern Munich also interested.

He added that Farid signed within this window and he’s U-18 player, regarded as one for the future internally at Man City. Given the academy has been weakened this window, Alfa-Ruprecht will definitely strengthen what has been lost and is an exciting star in the making. The forward scored two goals in five appearances in the Bundesliga Nord last season, and has already represented Germany twice at U16s level, via Transfermarkt.

Alfa-Ruprecht will play for the U18s at City this campaign, and with his huge potential, will be one to watch working his way up through the ranks in future years to come. The youngster is expected to be properly integrated into the City academy where he is to be groomed and bred as they look to unleash him to the Premier League in a few years

MANE AND SALAH EYE MOVE AWAY FROM ANFIELD

Substitutes Save the City