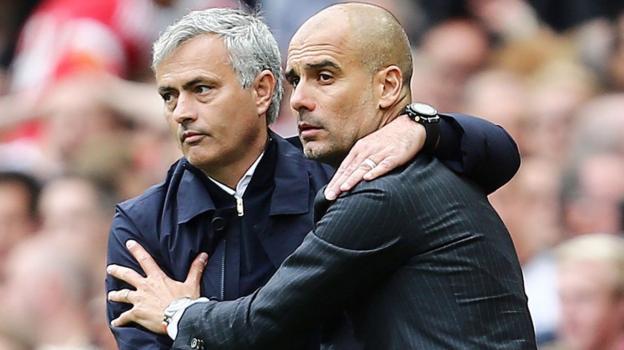 Manchester United have not been in top four since September but they could re-enter with a victory as they are a point behind City. Chelsea lead Spurs by seven points after their recent victory but they have played a game more. Liverpool in the third spot have played two matches more than both Manchester teams.
A victory at Etihad could hand Jose Mourinho a lifeline – to make the Champions League next season – even as they hope to win the Europa League.

With Guardiola failing to Branislav Ivanovic win any title, finishing out of the top four would be disastrous, since he came highly recommended following his exploits in Spain and Germany. Ahead of the game, three of his top stars in Sergio Aguero, David Silva and Fernandinho are battling fitness. United also have several first team stars ruled out but the game remains a massive one as they fight for the points, morale as the season winds down and possibly bragging rights.